Its 6.49am. The stupid alarm in the motel went at 5.42am. I didn’t set it as I had set it on my cell phone. Obviously a previous guest. Thankyou to that previous guest I woke with a start an hour before I needed get up. But get up I did. Shower and I am ready to go again.

Today a 4.5 hour drive back to Auckland to drop off my fellow guides then a further 4.5 hours to get home. 2 stops planned on route which we decided on last night. An 8am departure.  What we needed to do which was learn about the entire East Cape area we have done. You can never see everything but I know all of us have vastly increased our knowledge of the area.

For me I have taken about another 250 photographs to add to my photograph library. I have planned in my head another5 to 6 day tour route and I know that its highly unlikely anybody else  offers the same route as a standard package. Extremely scenic and endless things to see.  I certainly have not seen everything but now a great over view.

Took no photographs on route yesterday yet we had a few stops and I accomplished a number of things.

First stop, my recommendation, Peejays in Whakatane. They are the company that does the White Island cruises plus as it turns out, much more. A very interesting meeting with the marketing manager and at some stage in the near future I will head back down there to look at in more depth their offerings. The local Iwi down there have now purchased Peejays and I only see that as a positive thing.

Photographs I post tonight are some I took on White Island earlier this year. We were offered the opportunity of going yesterday but all agreed we need do a specific Whakatane and surrounds famil trip in the future.

From there to Maketu Pies. A New Zealand small town success story now selling pies around New Zealand plus Australia.

We did consider visiting Comvita honey but their phones interestingly were rerouted to the Australian office who obviously were answering out of their normal office hours. All they could tell us were there was a 3 day meeting on and the company except shop are closed. Interesting.

Then back to Auckland to drop people off different locations. I managed to be in time to visit a Greenstone and Paua Jewellery manufacturer to arrange a sales agreement so we can represent their product in the future. Another string to our bow as we continue to broaden what we do and grow

Woke up late this morning for me. First appointment was the accountant to sign last years financials. Recorded a profit and reasonable growth year on year which is good. But downside is more taxes. Hopefully the 2017/18 year continues that growth and currently signs are looking good. 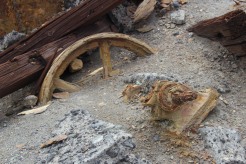 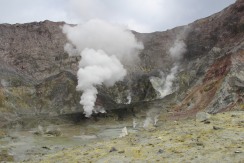