I rode the bullet train – A first time experience

I had heard about bullet trains but never had the opportunity to ride on one before. Last train I was on in China was probably 7 years ago. A slow, old and dirty train. Got to see the terrain out the windows but ambience was just not there.

The other week on my short China trip when googling prior departure I found that bullet trains were now abundant in China and there were many running the Nanning to Guangzhou line so I asked Xiaoli to book our tickets on the train versus fly.

I was impressed. Comfortable seats that matched the aircrafts that I had been flying on prior this leg of the trip. The seats reclined even something that Spring Airways seats did not do. And quietness I have never experienced on trains of any sort.

Top speed it reached on our trip was 208km yet silent and smooth. The video I post with this not great focus because of the speed but listen for the rail sound. There is none.

I will ride the bullet trains again. Ever since the bad accident in China a number of years ago they have regulated the maximum speed they are allowed to do. Memory says maximum speed now is about 250km but I can tell you at 208km I was really impressed. I still got to see the scenery on route in peace and quiet. We stopped at various stations on route as passengers came and went. Yet the transition was smooth.

The downside, up in the sky on a plane you probably get better service but that just means if you ride the bullet train make sure you take with you water and snacks. Food can be bought on the train but it appeared to be just instant noodles.

Did we get to Guangzhou faster than the plane? Probably the same time. The plane flight itself is a much shorter duration but you need get to the airport, wait to be boarded etc. The bullet train there was only a minimal wait at the station in Nanning. The stewardess helped me find a place for our cases not far from where we sat. Very courteous. 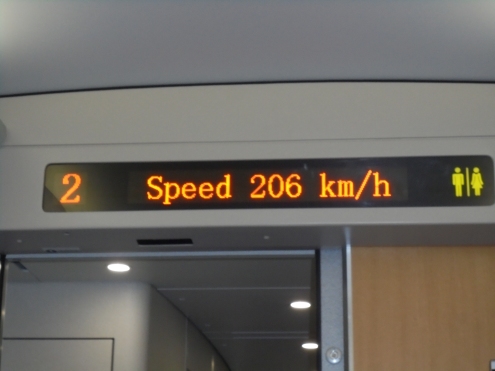 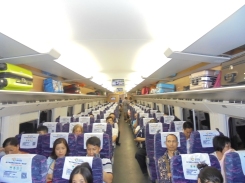 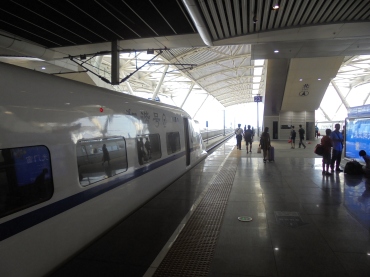 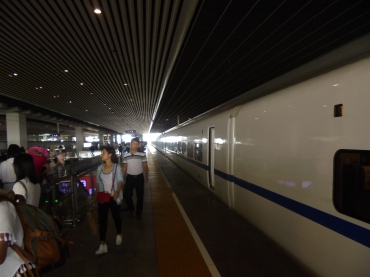