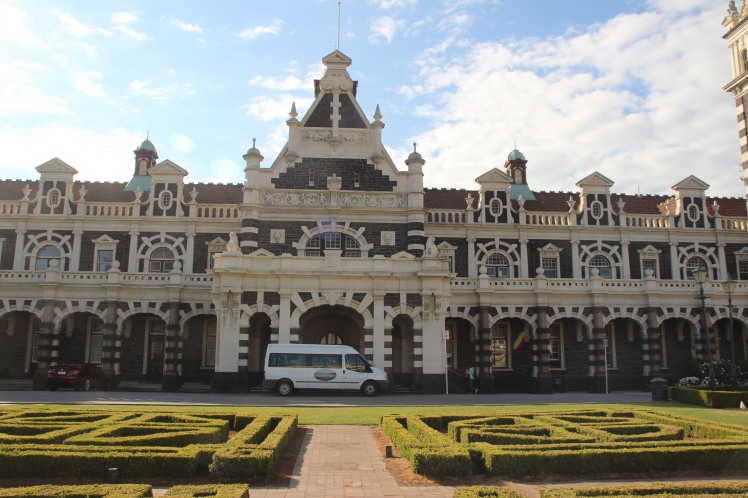 Dunedin to Omarama – With an add on

First visit prior departure was the railway station. A beautiful old stone structure. Quite magnificent viewing. Even a train at the station when we stopped. Just a pity it wasn’t an old steam train like I remember from my childhood in Dunedin.

The group I gave as long as they wished for their photography. Not a huge mileage day so plenty of time to dawdle.

From Dunedin it was off to the Moeraki Boulders. Facts have it that were formed by sea sediment several million of years ago and as the cliffs have eroded they have been exposed. Maori’s have their own legend. For me although only a couple of years maximum since I last saw, I noticed that a number have become more broken up. Hopefully that’s the fault of erosion by the sea and not the tourists continually clambering over them.

Had a great cup of coffee at the café there. I mention that as the standard of coffees on route did vary immensely. Finished our stop with an ice cream. After suffering a bad cold for a number of days I was obviously feeling like tasting things again.

On through Oamaru before heading inwards towards Omarama. First stop was the Maori rock art. I did not walk with the group to see but awaited their reactions on return. And yes they confirmed my thoughts that they were largely disappointing but in reality that is caused by the many museums going back give or take a century, taking large segments away. Now unfortunately the many pigeons nesting in the cavities in the limestone rock offer more to view.

On to the hydro lakes finally topping by the largest, Lake Benmore. It was absolutely still offering brilliant reflections. Stunning o say the least.

At Omarama we had a late lunch before heading up to the High Country Salmon Farm. The group partook in some fish feeding. I was just glad to see the fish were still hungry as often by the time I get there they are full from the many tourists constantly feeding them.

What drew my eye was the size of the large salmon I spotted swimming underneath the netted pools. These salmon being free to swim the canals as they wish. I had my rod and reel in the back and had the spare time but decided it was better I just keep resting to rid myself of my bug.

Up to the Mt Cook Road. Disappointment on my behalf. The Lavender farm had been harvested so no lavender in flower. Always a popular attraction but sadly no flowers means we don’t stop.

Next stop was ‘Peters Lookout’ where you get to see up Lake Pukaki to Mt Cook in the distance. The mountains had no cloud cover so a brilliant photography day. And thankfully I would discover the next day that I made the right decision heading for the Mt Cook Road. The next day cloud was low. No mountains to be seen. 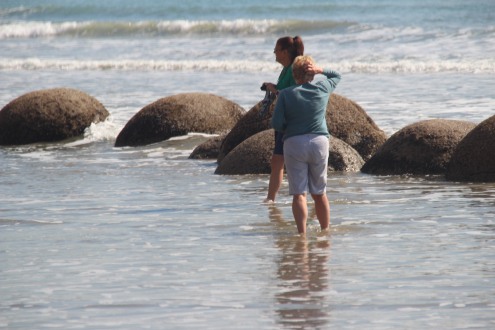 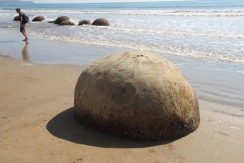 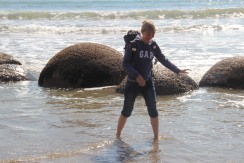 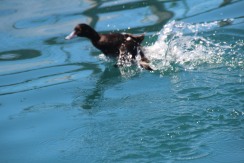 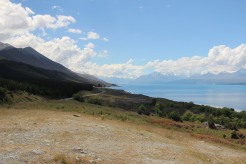 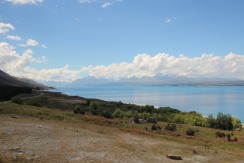